Also I have added this to my blog list.
Posted by Gary at 8:45 AM No comments:

Digging through my lead pile I discover my Japanese Samurai.    These poor figures have not seen the light day since about 1992.  Wow 24 years they lay hidden away in my Oriental D & D box.  Back then my children were in their teens.  Now 40 & 36!  We played Oriental D & D with a small group of friends.   It was an exciting group and good times.  But like most group the older player left for college. Only to be married, than move far away.  Some of my figures are painted. Others are in white primer....   I could hear them, " Lets start a new adventure" they whispered.   Warrior of Daisho are raising to battle again.

Here are the pictures. Surprisingly Foundry still make them...      Here is  look from Foundry's Catalog. 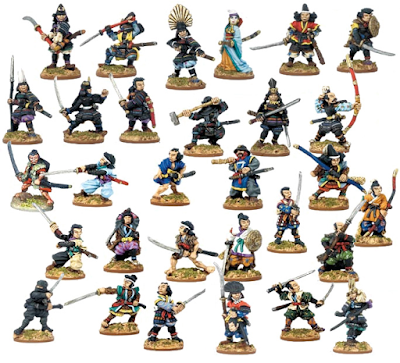 Email ThisBlogThis!Share to TwitterShare to FacebookShare to Pinterest
Labels: Daisho

Roman Road found in a shop basement in perfect condition

Amazing to see an original Roman road in excellent condition.  Having always thought the road was very rough cut stones.   The show the road like a paved brick road. 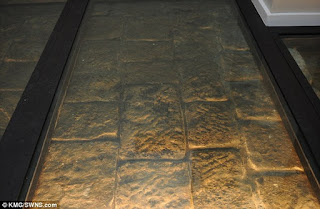 Email ThisBlogThis!Share to TwitterShare to FacebookShare to Pinterest
Labels: Romans

Great video on how to paint faces

As everyone knows painting face are a pain in the butt.   Here is a videos that might help you paint great faces.

Hard to believe I have lived for also 7 decades.  Saturday marked another year of my life gone by.  Hope to have more of miniatures painted before the next one.

Just got my copy of Daimyo Japanese skirmish rules.  Blood eagle should be arriving soon as I ordered it from Britain a couple of weeks ago.

Daisho has a nice system for movement and battle.  Each player rolls for inaitive  the highest goes first.  This player moved one of figures of choice. After the figure is moved the next high score moves a figure. And so on.  Below is from the author.

Have you ever wanted to replicate the incredible feats of swordsmanship you see in movies like 47 Ronin and 13 Assassins? Stand surrounded by half a dozen angry Ashigaru and then, in a single fluid motion, strike them all down?
Bring forth fiery darts from heaven and hurl them at your enemies? Face demons from the pits of hell? Disarm and hammer an arrogant Samurai lord into the dust with your bare hands?
You can do this and much more if you play Daisho, skirmish wargaming in mythical Nippon.

This game allows players to field forces of five to fifteen miniatures in a game you can easily complete in an evening on a space only a yard square. The rules are short and simple to learn – few players need to refer to them after their second or third game.
This book provides:
• The core rules of play.
• The complete points system so you can create your own forces.
• Full listings for twelve unique forces.
• Armour, weapons and equipment, both mundane and magical.
• Listings of skills, heroic ki powers and magical powers.
• Fifteen scenarios, supported by seventeen scenario complications.
• Ten detailed landscapes for you to play across, and
• Simple, yet rewarding campaign rules. 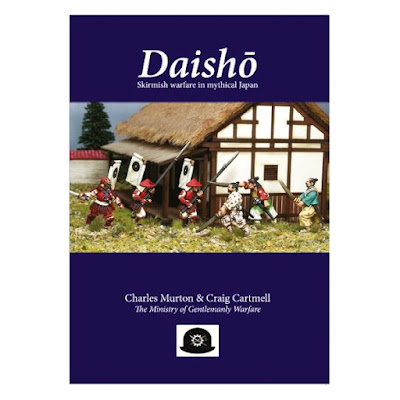 Now I need to find where I put my figures... Damn ninja's are hiding in the shadows on my game room
Posted by Gary at 2:52 PM No comments: